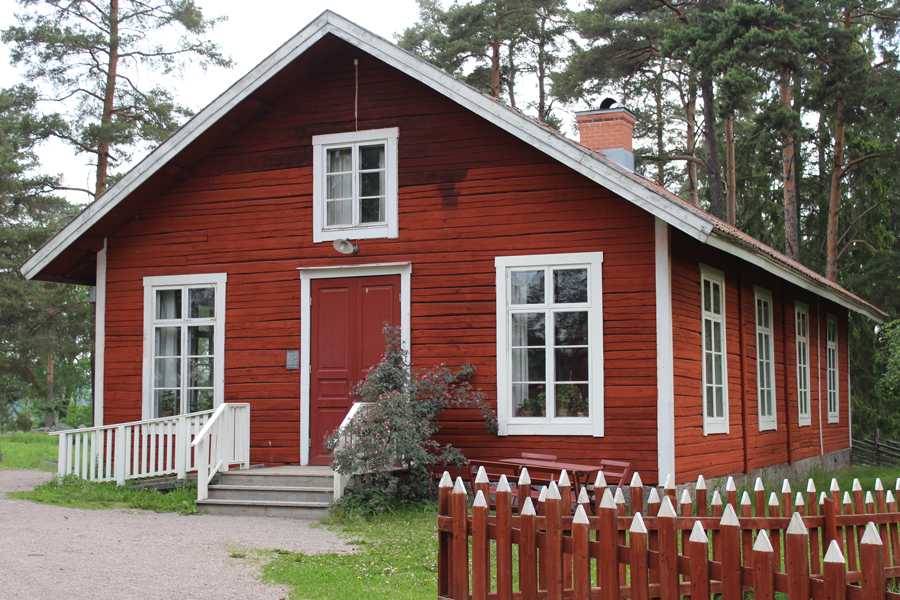 Popular movements developed in the 1800s. The earliest were the free church and the temperance movements later followed by the labour and the sports movements. Each movement sought to define and teach model behaviour and to educate its members.

Members of the free church movement wanted to make the church less rigid and to liberate it from coercion and hierarchy.

The Mission Covenant Church of Sweden was founded in 1878. Around that time, it built many mission halls like this one in rural areas. The buildings were not like ordinary churches. They were usually simple buildings furnished with plain benches and unpainted walls and ceilings.

The mission hall was used for weekly meetings of the Mission Covenant congregation but the building could also be used for sewing society meetings, musical performances, harvest festivals and coffee and social gatherings. It was also a gathering place for young people.

The Museum´s mission hall was inaugurated in 1886 and comes from Frössvi in Romfartuna Parish. It is used today by various congregations for religious service and for social activities. It may also be hired for baptisms, weddings and funerals.