An ironmaster, his family and various hired help lived on the ironmaster’s homestead.

In the Mining District Bergslagen, which includes the northern part of Västmanland province, people made their living mostly from mining and lumbering.

The ironmaster’s homestead at the Museum features a social hall from a homestead in the mining community of Grimsö in Ramsberg Parish, and a storeroom and a larder from the mining village of Bråfors in Norberg Parish. The storeroom was used as a stable. Hay was stored on the upper level.

The original homestead also had a house and other outbuildings, which are not included here.

The social hall has been painted throughout. A lovely black and white, leaf and flower motif covers its walls and ceiling. On one of the walls is an image depicting the wedding in Canaan at which Jesus turned water into wine. Near the door, a soldier in uniform from the reign of King Karl XI (1660-1697) stands guard. A monogram that stands for Jesus, and the building owners’ initials, can be seen on the ceiling along with the year the building was painted, 1674.

The Work of an Ironmaster

A year in the life of a miner went something like this: In the winter, charcoal and ore were transported to the smelting furnace. Then work at the furnace began. In the spring, there was much work at the furnace but miners were also busy ploughing and sewing fields. In the summer, work was divided between mining and haying. At the start of autumn, crops were harvested and fields were ploughed again. Then it was time to thresh grain and make charcoal at charcoal stacks in the forest. 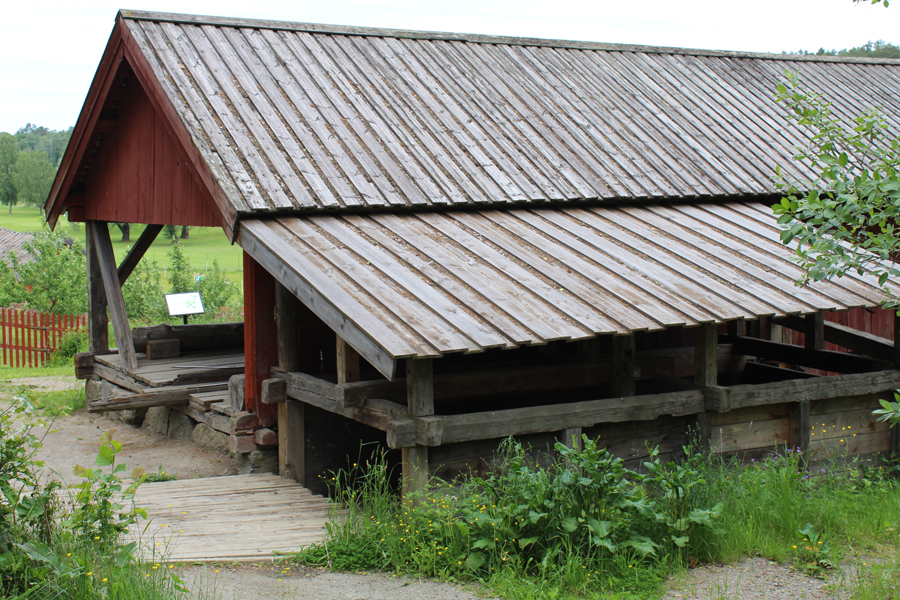 In the mid-1800s, miners in the mining village of Örbäck in Karbenning Parish could no longer make a living from the smelting furnace.

Outside the village was a mature forest that could be harvested. Eleven landowners cooperated to build a sawmill, which they jointly owned.

Lumber was cut for household use and for sale. Lumber was sold to Norberg mines, among others, and, in Norberg, to the coffin maker Ekholm who wanted wide boards for his coffins.

The sawmill has two levels. The upper level houses a cutting bench to which timber was fastened and cut with a gang saw powered by a waterwheel on the lower level. When the wheel rotated, the framework that held the saw moved up and down.