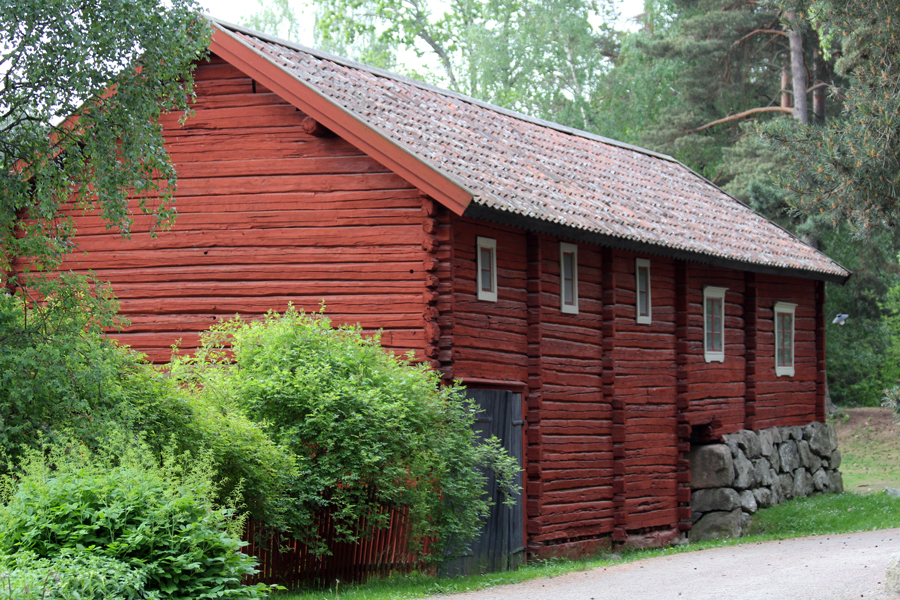 The Open Air museum got its first building, the inn from Hemmingsbo in Fläckebo parish, as a gift in 1917. It was raised at the museum in 1921, the year the museum was founded.

In the year of 1649 a new law concerning roads, road maintenance and inns was introduced in Sweden. According to the law, inns should be placed at the roads in regular intervals. Innkeepers were required to provide transportation for travellers. They could also provide food and lodging.

The Hemmingsbo inn was situated three and an half Swedish mile north of Västerås. The inn had four ordinary and 39 standby horses. Up to 60 horses could leave from the inn at market days. This building was one of several buildings at the inn and was used for food storage, wardrobe and bedrooms. The maiden’s bedroom was situated at the loft just above the doorway.

In the late 19th century most of the inns were abandoned. 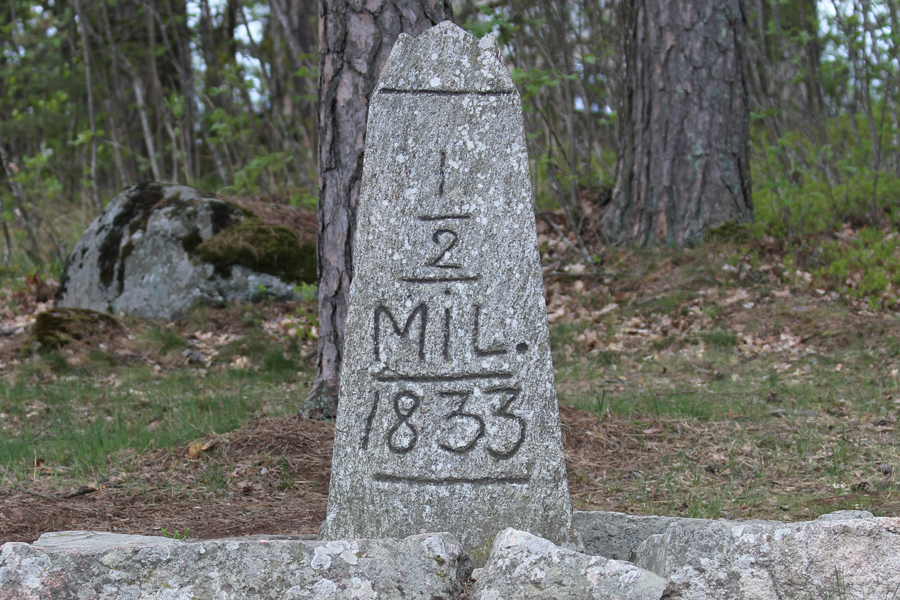 Milestones are road markers that were used throughout the country between 1649 and 1877. They showed the distance to the nearest inn. The county governor was responsible for the milestones in his county. You were able to measure the length of the road between two inns both ways. Milestones were put up at 1, ¼, ½, ¼ and 1 mile. Three milestones are on display at the Museum.