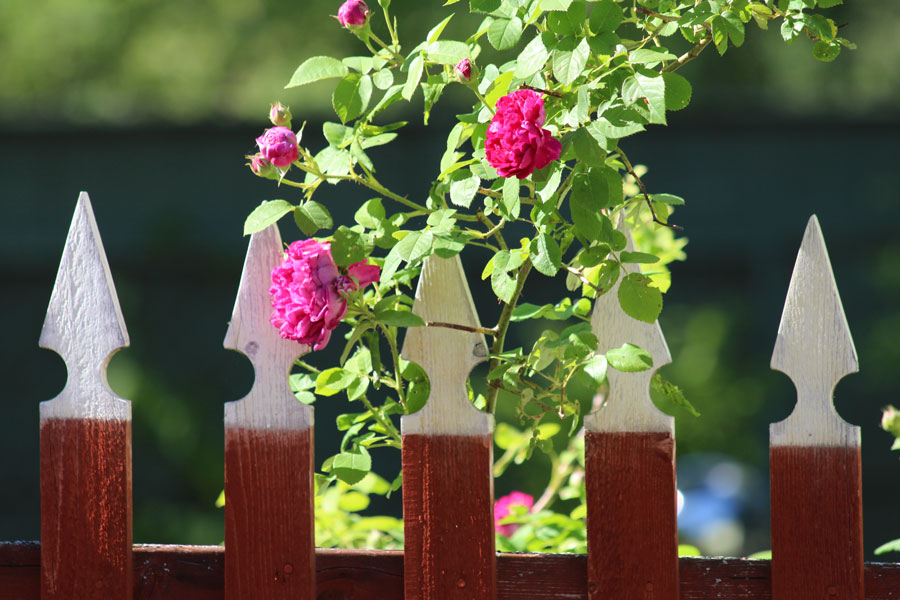 Burgher families planted flower gardens in the style of the day at the turn of the nineteenth to the twentieth century.

The garden has winding paths, a lilac arbour and a round flower bed that is bordered with white seashells with a gazing globe in the middle. The style was common in city parks established in the mid-1800s in what is known in Sweden as the German style.

Exotic plants such as palm trees and dracaena that filled apartments in the winter were placed in the garden in the summer along with geraniums and other indoor plants.

The garden was the family’s ‘parlour’, although outside. This was a place where people rested, socialised, held crayfish parties and celebrated Name Day, the day of the year associated with their name.

Photographs from that time have inspired the garden’s layout. In one photograph from the early 1890s plants such as dahlias and lilacs can be seen in addition to a fence, garden furniture and a grass lawn before lawnmowers were common.

The plant stakes are replicas of originals from Odensnäs. A gazing globe and seashells can be seen in photographs of gardens and parks in Arboga and Västerås.

The Museum has collected plants in this garden to make the scene come alive.

Virginia creeper from Västanfors manor, where it was photographed in the 1880s, can be found here as well as mock orange, which can be seen in a picture of a large farmstead garden drawn by the county gardener J. Larsson in 1889. There are also roses from the turn of the century and dahlias from Fläckebo and Skerike parishes.