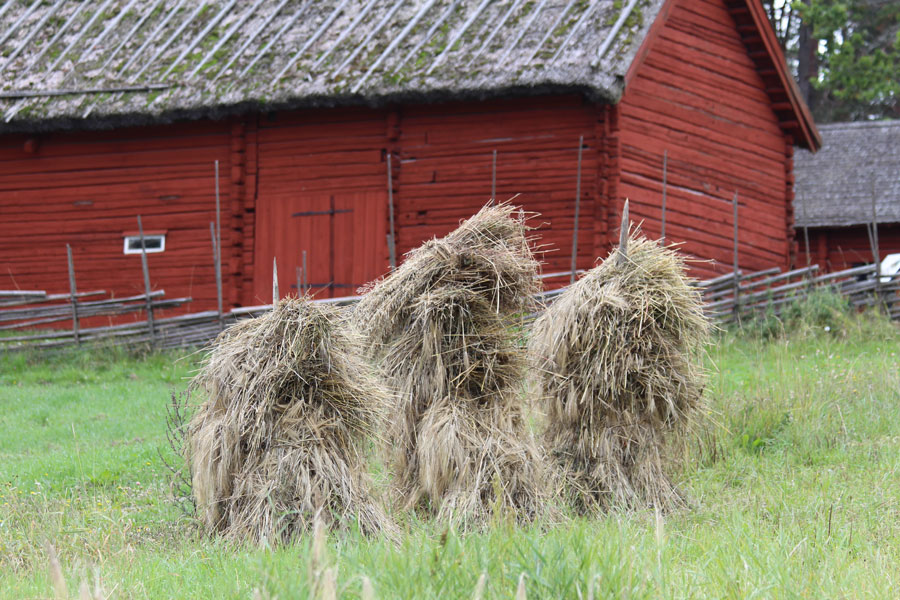 At Vallby Open Air Museum we show how farming in the old days might have looked like.

At the Farmstead you can see the crops in the fields, and we try to show some older strains of cereals, as well as flax.

In the 19th century rye dominated in this part of Sweden, due to the soil and the “pre-summer drought”. There was also barley, some oats (mainly the black varieties), and very small amounts of wheat. The fallow land was partly used for growing peas, potatoes and flax for the farmers´ needs.

At the meadows we harvest hay that we, like in the old days, let dry hanging on the long haystacks. We use the hay to feed the Museum animals. Sheep and horses also graze on our meadows.

In the northern part of the Museum you find the Pollarding Meadow where limes are pollarded for leaf fodder.

The Soldier´s farmstead has a field and a fruit garden. The area is approximately the size a soldiers cottage would have been.