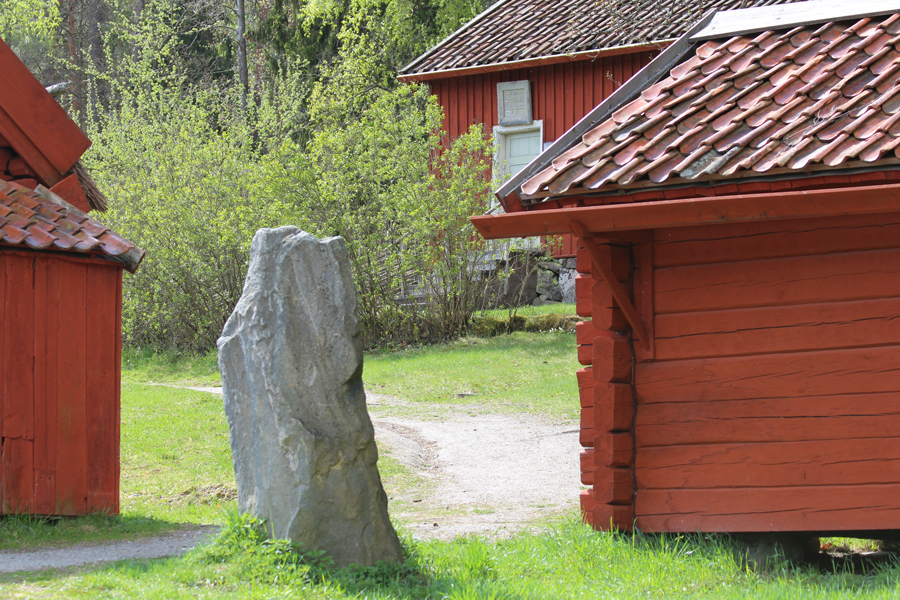 This soldier’s cottage belonged to Västerås Company of the Royal Västmanland regiment and comes from Sylta in Rytterne Parish. Soldier 120, whose name was Käck, lived here with his family.

The cottage has an entrance hall, a main room and a smaller room. The barn has space for animals as well as a storage area for grain.

The Regiment and Files

From 1682 to 1901 Sweden had a standing army, which consisted of one regiment from every province. Every regiment was supposed to have 1200 soldiers.

Farmers were responsible for finding soldiers for the files. The soldier was to be sound of mind, healthy and strong. He would be reviewed at a recruitment meeting in Västerås then sent away for training. He would not be approved until the general inspection, which was held every three years. Upon approval, the solider would receive money, a cottage and military equipment.

In addition to a cottage and barn, a soldier’s pay included fringe benefits such as grain, bread, meat, butter, hay, straw, wool and linen.

His homestead also included a kitchen garden, cropland and a meadow. Sometimes it was difficult to make ends meet. Selling vegetables and cultivating fruit trees were two ways to increase income.

Plants that are both pretty and useful grow on the Soldier’s Homestead. The berry bushes and perennials have been collected from older properties where soldiers once lived. The fruit trees are varieties cultivated in Västmanland province.

A soldier was held in high regard and was often invited to festivities such as weddings, which he attended in uniform. Every summer, the soldier attended the regimental meeting, which lasted three weeks.

Since 1814, Sweden has been at peace so the soldier did not have to go to war. Instead, he could have been used for various types of work such as building railroads and highways or digging canals.